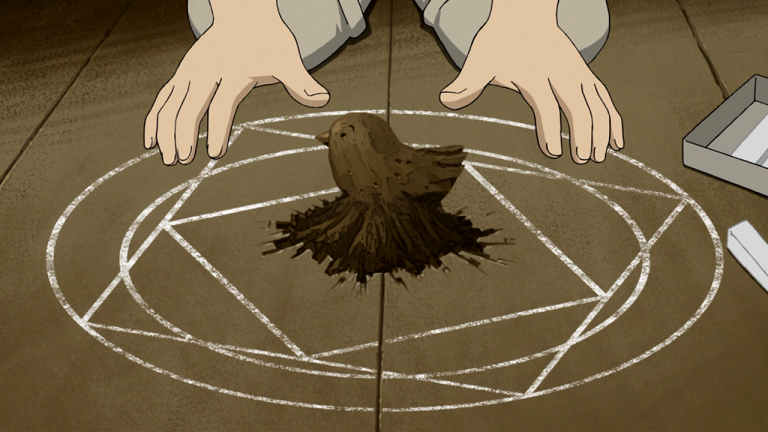 Hello everybody. Today I will be covering a genre of topics that I don’t usually do, namely explanation videos. However for the magic systems of fantasy that I really like I will write some posts on how they function and lastly what I like about them.

In the world of Fullmetal Alchemist, alchemy is treated by its users not as a magic but rather as a precise science. However, the general public views alchemy with much apprehension. This is due to the fact that watching alchemy for a non-alchemist feels a lot like magic being performed. Another important reason is because some alchemists abandon their moral codes on their quest for knowledge.

Alchemy is the scientific art of manipulating and altering matter by using natural energy. This natural energy is the energy of tectonic shifts in the case of Amestrian Alchemy and the flow of ‘chi’ in case of Alkahestry.

Comprehension – Understanding the inherent structure and properties of the atomic or molecular makeup of a particular material to be transmuted, including the flow and balance of potential and kinetic energy within.

Deconstruction – Using energy to break the object into something more malleable such that it is easier to transmute into a new object.

Reconstruction – Reconstructing the previously the deconstructed object to a new form.

While hard work is definitely required, a certain amount of natural talent towards intelligence and aptitude goes a long away. Those who are able to perform alchemy are known as alchemists.

There are many paths by which alchemists can transmute the various substances of the world, with some alchemists being said to transmute by way of the Four Classical Elements being water, earth, fire and air ( a fifth element, The Philosopher’s stone also exists but I’ll cover that another day) and some by way of the Three Essential Principles (salt, sulfur, and mercury), but the basic tenet at the very foundation of all alchemy is that of Equivalent Exchange.

One thought on “Explaining FMA’s alchemy Part 1: The Basics” 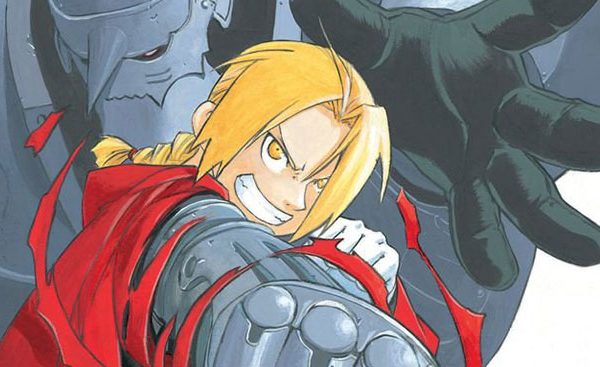